Ritter: We've been working with Mike Howard since 2007, actually a district conservation prior to my entrance into this area. And then I began working with him in 2009.

Mike has been able to acquire initial properties here since we started this first project with him. He does a lot of hands on work himself, he doesn't hire everything out, and he is constantly looking to improve any and every corner of his property that he can. Longleaf has been his primary goal, and while we're working with him currently on some hardwood goals as well, longleaf is his main goal of what he's trying to accomplish here.

When a landowner comes to us and looks for assistance, one of the things that we try to work with them on is their long term goals. As a landowner, they're not just implementing something for a short term, timber is (of course) a long term investment. And with that, we typically look for them to either obtain (or for us to develop) what is called a forest management plan. In that forest management plan, we're going to start looking at their long term goals. We're going to try to help them implement practices within that long term goal that will make their forest land more productive.

Many of our landowners will typically, then, want to move forward with our program side. In our programs, we have a (what's called) EQIP (pronounced "e-quip"), which means Environmental Quality Incentive Program. Within that, there's also a national initiative of longleaf to try to help promote the restoration of longleaf (especially within the longleaf reach), which Mr. Howard's place falls within.

Janet Ritter discusses working with Michael Howard who is a landowner in Tyler County, Texas. She discusses his Longleaf Pine restoration efforts and their collaboration in development of a Forest Management Plan.

Ritter: Simon Winston started working with NRCS several years ago. He has been involved in many of our programs with some burning, longleaf burning, fire breaks, things of that nature, and some restoration as well. He's always interested and always going on about "What programs are available?", "What can I do?", "Is there anything new or innovative?". I think he's already got the innovation out there, but he's always looking and searching for something that he can do to improve his property.

Simon's got a little over 3000 acres of forest land here on this particular property. He's got other properties as well, but primarily this is where we've been working with him.

He's made some updates to his plans—we've gone in, done some fire breaks, done new plantings, or we've done burning. We are currently working with Simon on EQIP (Environmental Quality Incentive Program) as we speak, in order to set up some additional burning that he's wanting to do over the next several years. So that's a work in progress right now, and that will also bring some updates to his conservation plan and how we plan for the future with him.

Ritter: Simon has been able to use fire as such an advantage on his property here. His entire family, his mother included, are historically known to drop a match. But even more than that, they really want to do it right. They're always looking for means, opportunities, and ways to do some prescribed burning. And, of course, his property shines as a result of it. He has been able to get his understory under control, either by thinning or by doing prescribed burns and spraying, to the point that it is an absolute park at this point.

Every couple of years, the Longleaf Alliance gets involved in bringing meetings to the local area. As a matter of fact, they have used the Winston's property here as place to do tours.

Janet Ritter discusses Simon Winston’s use of prescribed fire to control the understory in his Longleaf Pine stands. She also talks about his willingness to host Longleaf Pine tours.

From an employee's standpoint, I'm and employee of NRCS, but from a personal standpoint, it's the means and methods of being able to work with that landowner, providing them with the tools and the knowledge that they didn't have or maybe they just needed to grow and develop. A lot of our landowners have a very true appreciation that we're willing to take the time to go to the land, see what the true needs are, and then try to help guide them.

Janet Ritter talks about NRCS assisting a variety of customers and her personal thoughts on working to help landowners manage their Longleaf Pine forests. 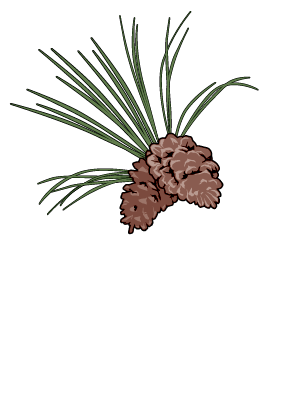 Many thanks to NRCS for allowing us to host these podcasts.