I made a site visit February 22, 2017 to evaluate Theron Tate's 200 acre longleaf stand. Accompanied by Rusty Wood, TPWD, and Ike McWhorter, US Forest Service we provided an evaluation of the longleaf stand as part of our service with the Texas Longleaf Implementation Team. Our team is fortunate to have specialists like Rusty and Ike that have been working with establishing longleaf in east Texas. Mr Tate met us on the property, along with Mike Hartman, forestry consultant. Mike had assisted the Tate's in getting this stand established as well as Natural Resources Conservation Service DC, Janet Ritter.

I was particularly interested in seeing the effectiveness of the first burn in this young longleaf stand. Ordinarily, we like to see fire introduced after the first year or two of growth while the longleaf is still in the grass stage. Early burning can slow the advance of yaupon and help to advance grass production for future prescribed burns. Preferred grass composition is pine hill or little bluestem which will persist in the longleaf stand for years as the trees mature and begin to shade out other grasses.

Primary fuel in this stand was broomsedge bluestem. It proved to be a suitable fuel for carrying the fire. This 5 year old stand was burned two weeks earlier by Brent Kartye, a Certified Prescribed Burn Manager. This was an outstanding burn which hammered the woody competition but did not kill the longleaf. Notice the green tops around the terminal buds of the longleaf and the response of the herbaceous plants. The burn was timed in the dormant season to avoid damage to rapidly growing buds or "candles" on longleaf. Post burn, the healthy white terminal buds were visible across the stand.

We also enjoyed a tour of the property that has several miles of shoreline along Sam Rayburn. The longleaf stand will be a restoration of the once native forest to this beautiful "Hunting and Fishing Destination" in southwest Sabine County, known as the Tate's "4T Ranch. The spectacular setting includes a new lodge that over looks Lake Sam Rayburn. The Tates are using prescribed burning as a tool to manage a nutritious browse under story for their trophy white tailed deer population. 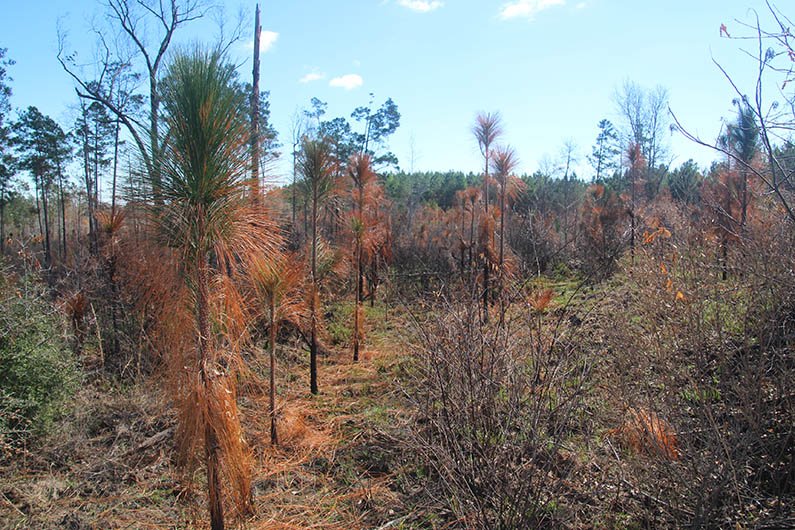 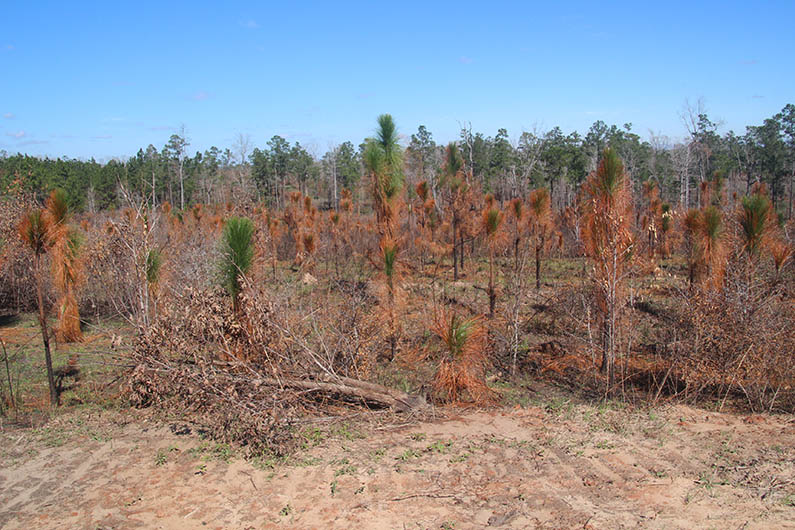 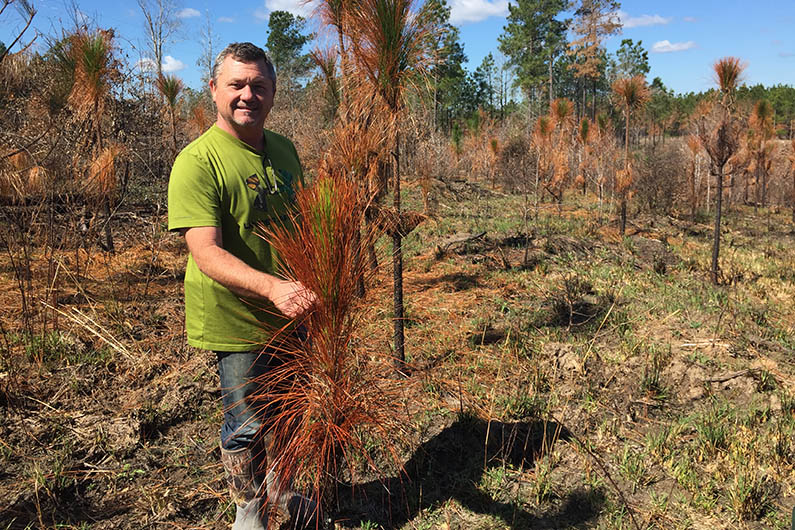 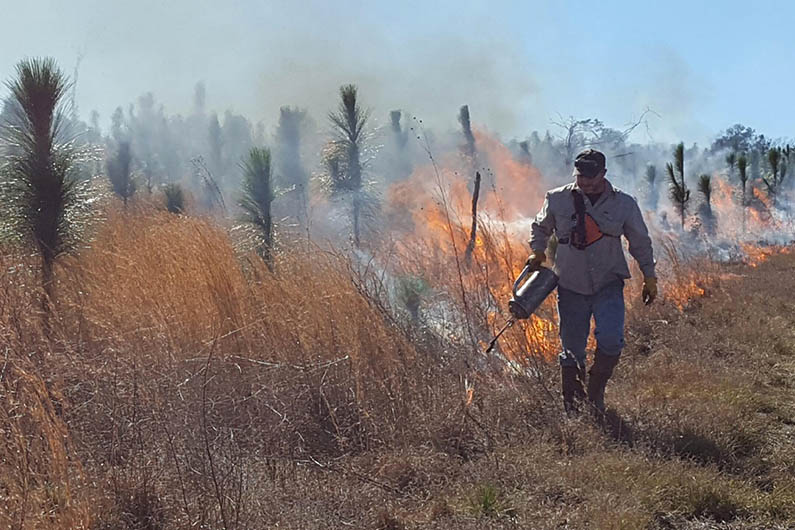 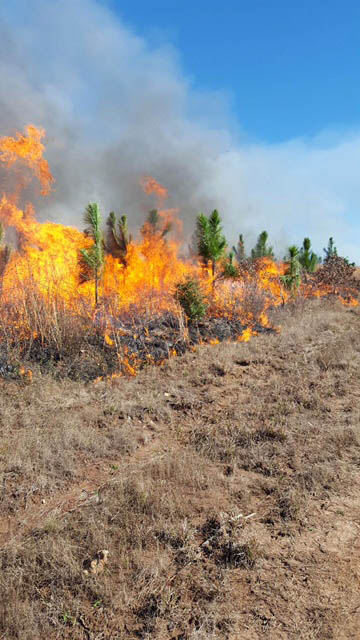 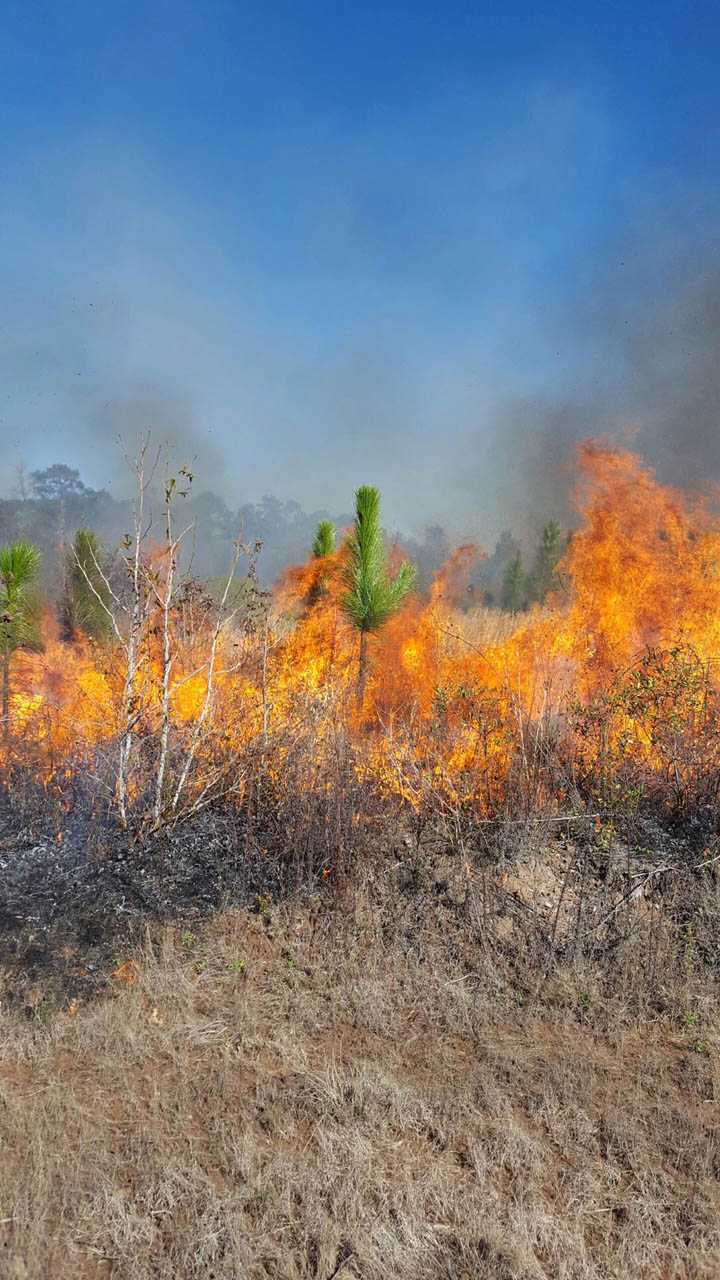 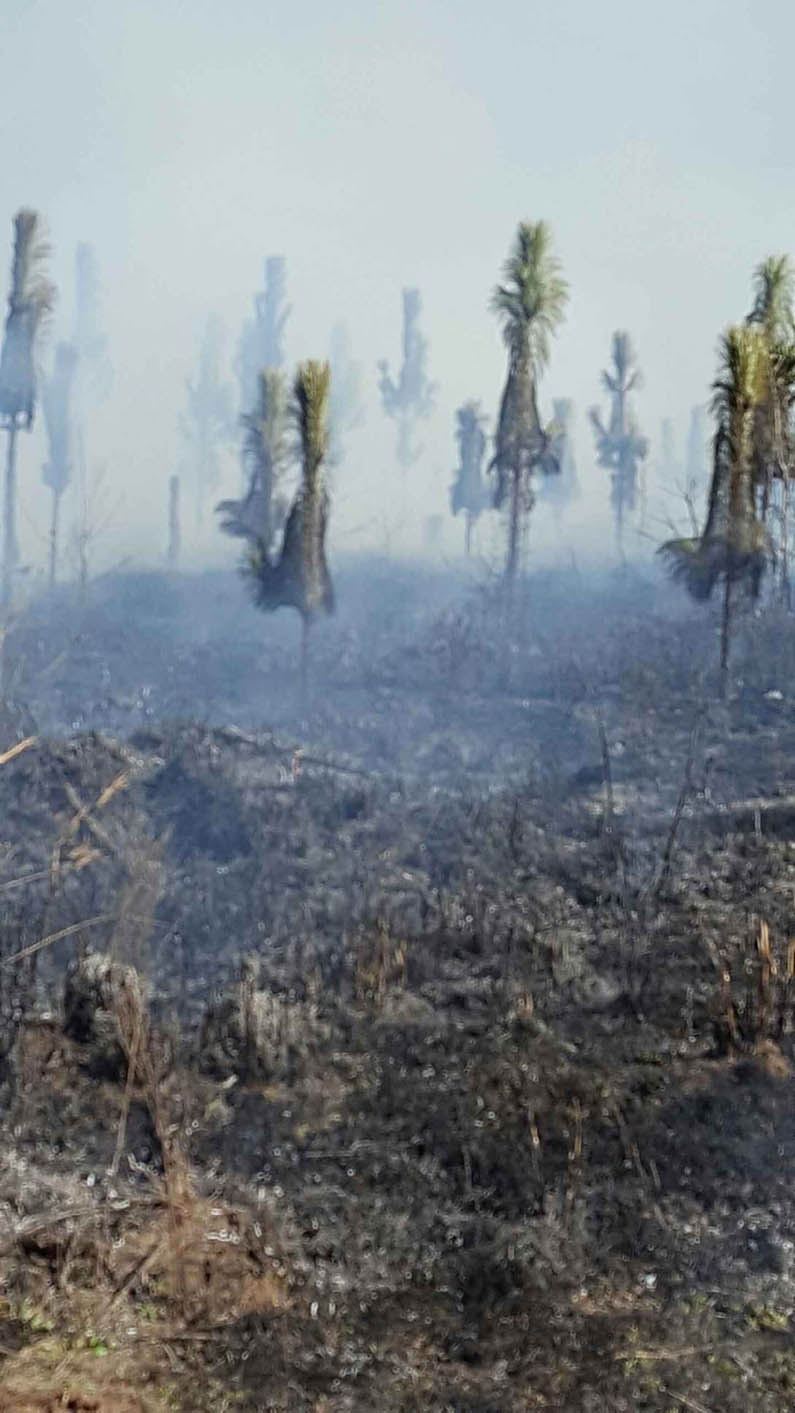