The aftermath of the 2011 wildfire season made many forest managers modify the manner in which they were utilizing fire and fire tolerant species in the forests of east Texas.  As a result, Resource Management Service (RMS), in cooperation with the Texas longleaf Implementation Team, and with cost-share funding from the Texas Longleaf Conservation Assistance Program, converted several sites from underperforming loblolly pine plantation to native longleaf.

On the evening of August 19, 2019, lightning ignited a fire in a 24-year-old loblolly plantation on RMS property and continued to burn for two days. The wildfire burned more than 260 acres through a variety of stands; one being a three-year old longleaf stand. 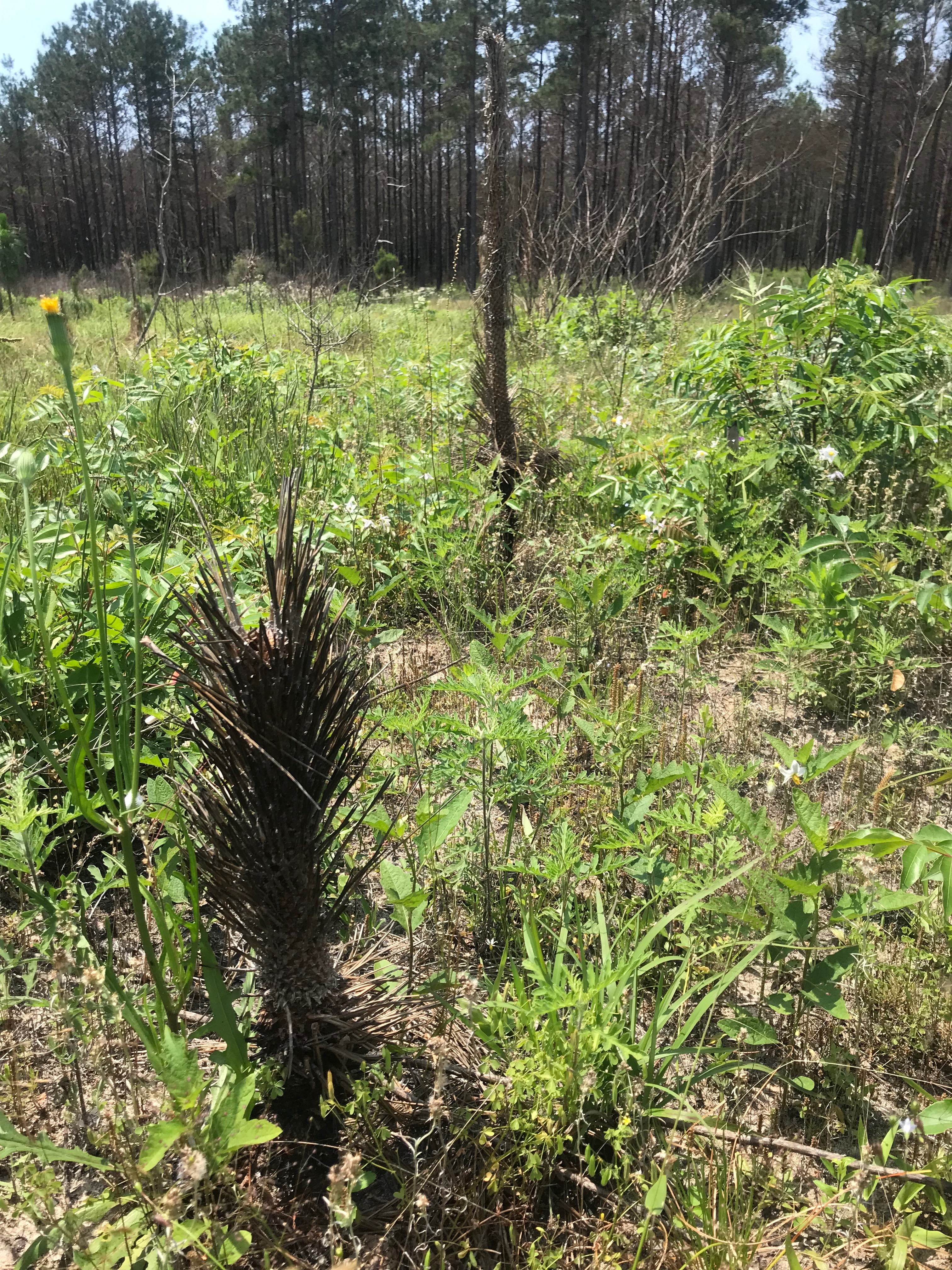 The initial impact of the wildfire was thought to be devastating in the young longleaf stand. But, upon further investigation, we realized that it was primarily just the larger, faster growing longleaf stems whose terminal buds were unprotected that suffered the most damage from the wildfire. Other areas within the young stand that suffered damaged were sections with heavy accumulations of logging debris and dense brush that had not burned in the prescribed fire the prior year. 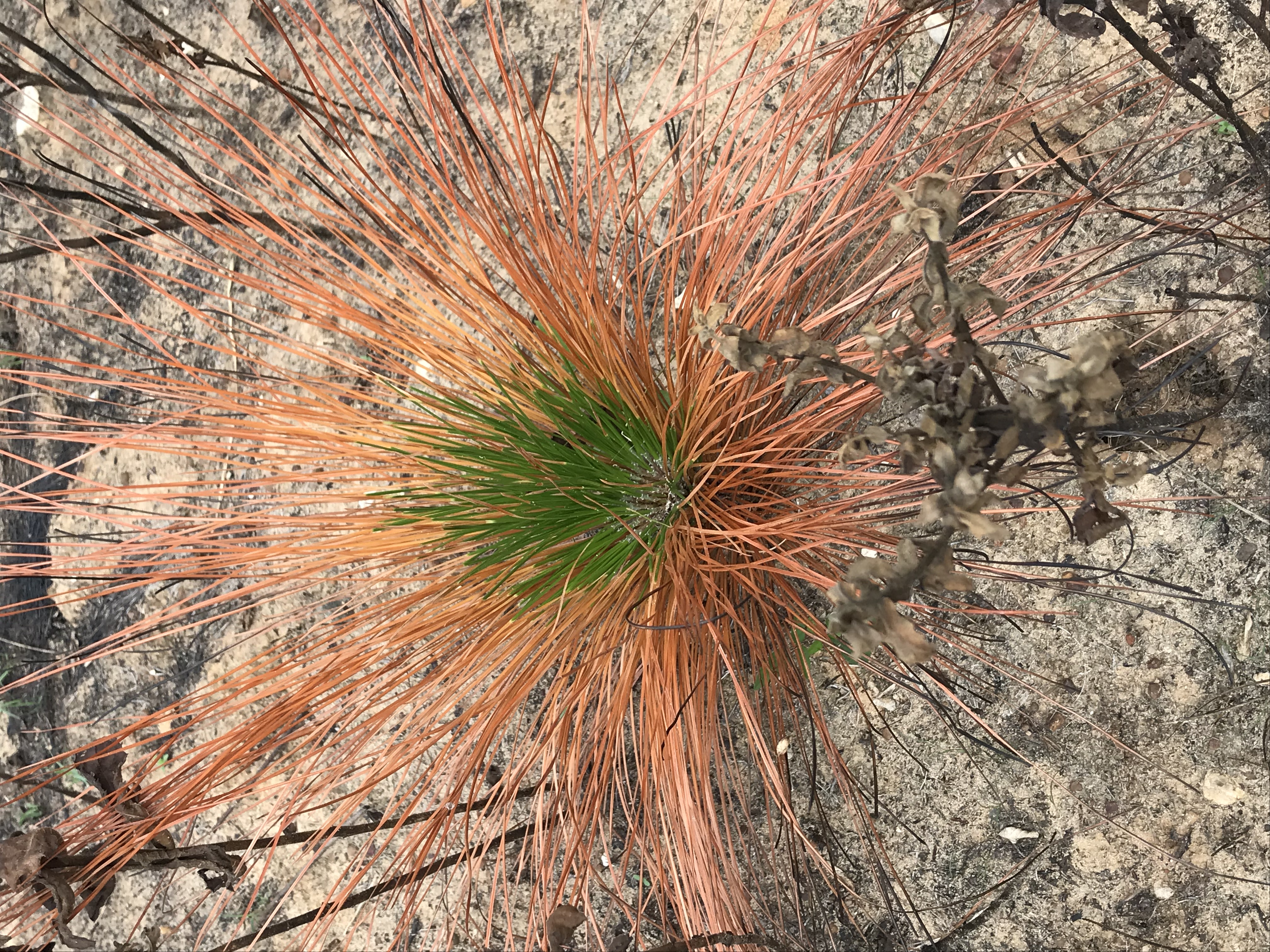 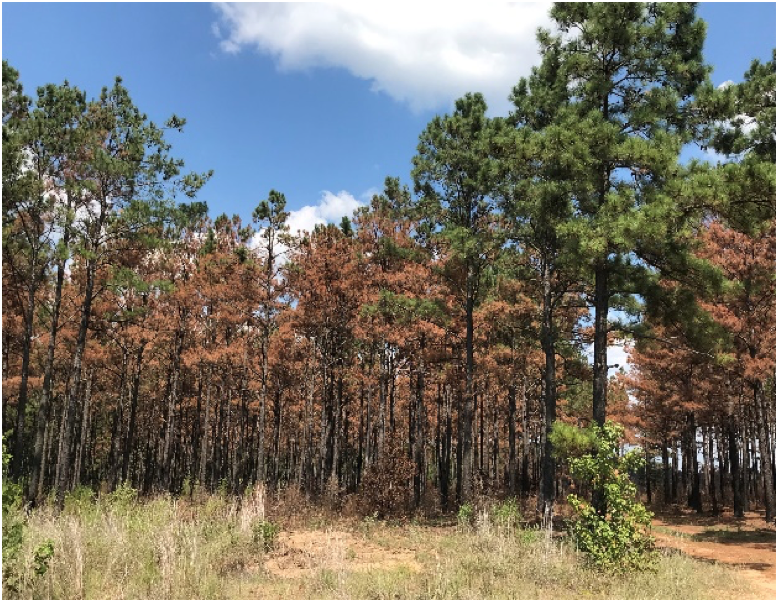 Had this been a 3-year old loblolly stand, the damage would have been catastrophic and a complete loss. Additionally, the adjacent merchantable loblolly plantations ranging from ages 14 to 24 were severely scorched, and some stands even suffered upwards of 20% mortality in particular areas within the stands where fuel loads were heavy. 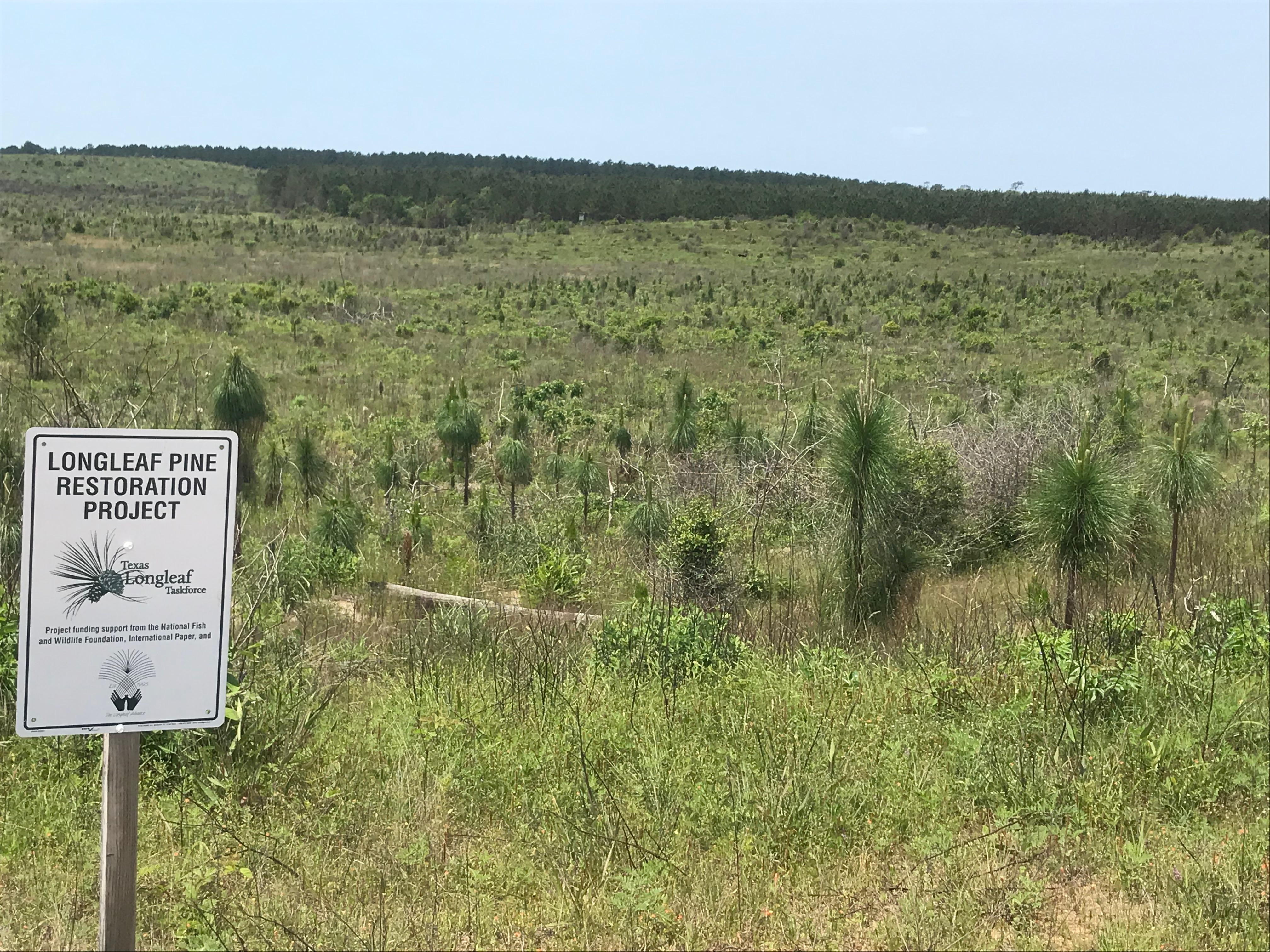 Thanks again to the Texas Longleaf Conservation Assistance Program, we were able to replant the young longleaf stand back to its original planting density of 605 trees per acre in December 2019. Five months later, the site is recovering, the young longleaf trees are growing, and many of the “preferred” herbaceous cover has emerged and is dominated by native grasses and forbs.

Jennifer Smith is a Harvest Manager for Resource Management Service, and serves on the Texas Longleaf Implementation Team